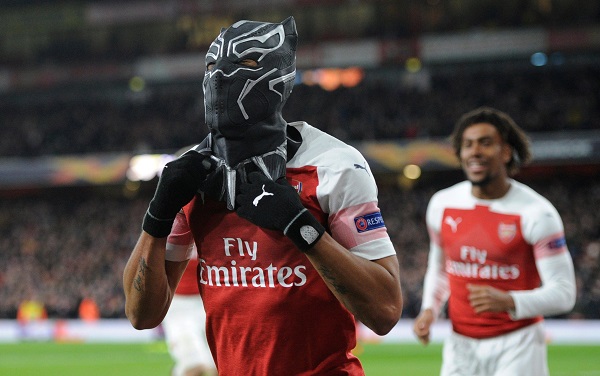 The war of words between Toni Kroos and Pierre-Emerick Aubameyang might just go on a little longer than we expected.

The German started the exchange when he criticised Aubameyang for his rehearsed flamboyant goal celebrations whenever he scored as reported by Goal.

The German suggested that it was a little over the top to celebrate that way.

He was talking about Aubameyang doing celebrations like pulling a Black Panther mask over his face as well as a Spiderman mask.

Aubameyang replied to his comments on social media and said that he wouldn’t stop those celebrations because he does them for his son.

The Arsenal captain was also supported by his club teammate, Mesut Ozil who was also a teammate of Kroos in the German national team.

The Real Madrid midfielder has replied again by claiming that he was surprised at the reaction that his comment got.

He was even asked about Ozil supporting Aubameyang and he claimed that he wasn’t surprised by that.

Speaking to Bild, Kroos said of Ozil: “I’m not surprised by anyone anymore. I found it very amusing, but in the meantime I’ve put it behind me.”

Aubameyang is yet to reply and the striker will probably not reply to him, but most of us Arsenal fans look forward to watching his celebrations.