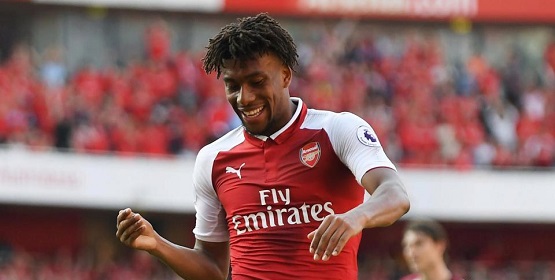 Top Ten Arsenal Players that have been ‘Unprofessional’ like Koscielny

So the majority of gooners agree that Koscielny has been unprofessional by refusing to take part in Arsenal’s tour of the US, but have others done worse? Footballers are human beings who like me or you make mistakes. Founded in 1886, the law of averages says you are going to have moments when rules are broken.

Martin Keown – That Penalty
Okay secretly I loved Keown for this and wish our current squad had leaders like this. Tired of Van Nistleroy’s ‘cheating’ in this fixture, he may have slightly over celebrated. Starting a brawl which saw the club and 5 teammates get fined has to be described as unprofessional, but it doesn’t mean we don’t love him for it!

Fabregas – Battle Of Old Trafford
So clearly we hadn’t learnt our lessons from 12 months previous as again it got overly physical at Old Trafford, this time in the tunnel. This is where our 49 unbeaten streak ended, thanks to a Wayne Rooney dive. Having gone so long without losing, we forgot what it felt like and lost our heads. Now I’m sure Fabregas was not the only guilty person but if you’re the guy who throws a pizza which hits Sir Alex on the face, you’re going to stand out.

Ian Wright – Transfer Request
It’s hard to criticise anyone who loves the club quite like Ian Wright but sometimes your passion can get the better of you. The striker was unhappy playing under Bruce Rioch, based on focusing on mostly defending in training and playing him on the left. He even planned to replace him up front with those who had worked with him at Bolton, wanting a more direct style. In his book, Wright admits handing in a transfer request in hope it would be an ultimatum to the board. He knew David Dein was a lifelong gooner and therefore would be devastated to lose our star man. It worked…

Sol Campbell – Goes AWOL
Anyone who’s read his book (worth a look) will know that Sol wasn’t mentally in a good place in 2006. His falling down moment came when his two mistakes gifted West Ham a 2-0 half time lead at which point he requested to be subbed. Not only did the defender get in his car and drive away from. Highbury, not staying to support his team, he went AWOL. The club protected him by making out he was injured but in reality he was abroad and wasn’t picking up his phone to management. It’s believed the suicide of Gary Speed has made clubs put more emphasis on being aware of mental health and depression.

William Gallas – Sit Down Strike
Seen by many as the day our title bid fell apart. Gallas was meant to be one of the few leaders we have, yet (despite years of playing in big games) allowed the whole events of the afternoon at St Andrews get the better of him. Instead of our captain reassuring his young squad we were still in the race for the League he kicked the advertising boards and staged a one-man pitch protest, after a last-minute Birmingham penalty.

Samir Nasri – Blames Frimpong
Even Nasri was willing to carry on playing, when he knew he was days away from joining Man City. One of the more experienced players in a youthful squad instead of offering support/encouragement to Frimpong who had been sent off, he blamed the youngster in front of the whole dressing room for the loss to Liverpool (the score was 0-0 before the red card). This was the reason for their physical altercation the next time Nasri returned to the Emirates

Alex Iwobi – Party
A classic example of a youngster exploiting his father /son relationship with Arsene Wenger. Iwobi was out partying the night before a game, breaking club protocol. He must have known he would be one of our more experienced players in a youthful squad defending our FA Cup. Instead of seeing this as a chance to impress he was in invisible as we were humiliated by Forest . Why Arsene Wenger started him shows how the manager was putting too much faith in his players . I still think if this was not a graduate from our academy more would have been made of this.

Pennant – Hangover
What was incredible about Jermaine Pennant’s first Prem start wasn’t the fact he got a hat trick; it was he did it with a serious hangover. Worryingly he writes about it in his book with a source of pride. So, used to being on the bench, the youngster saw little harm in partying the night before games, even though it was a breach of rules. When he checked the team sheet for the Southampton fixture, he was relieved to see his name not on the bench meaning he could recover. That’s because his name was in the …. Starting eleven. It got to a point where Ashley Cole had to lock him in his room to stop him from going drinking (he would climb out of the window instead).

Adebayor / Bendter – Fight
It was well known the two strikers didn’t like each other; you could see that with their body language towards each other when they would often refuse to pass. While this wasn’t quite a Bowyer/ Dyer level of scrap, Bendter was left with a busted nose thanks to his teammate. In theory the ref was entitled to send both men off but must have felt sorry for us as we were 5-1 down to Spurs

Ashley Cole – Cashley Cole
Nearly crashed his car when he was offered ‘only’ 55,000 to stay at Arsenal and felt hurt that the priority was to keep Henry at the club and not him. Maintains to this day that certain people in power at Highbury were not innocent in his secret meeting with Chelsea. The fact he was fined 100 000, Chelsea 300 000 and Jose Mourinho 200 000, tells you however he wants to spin it, he broke serious rules.