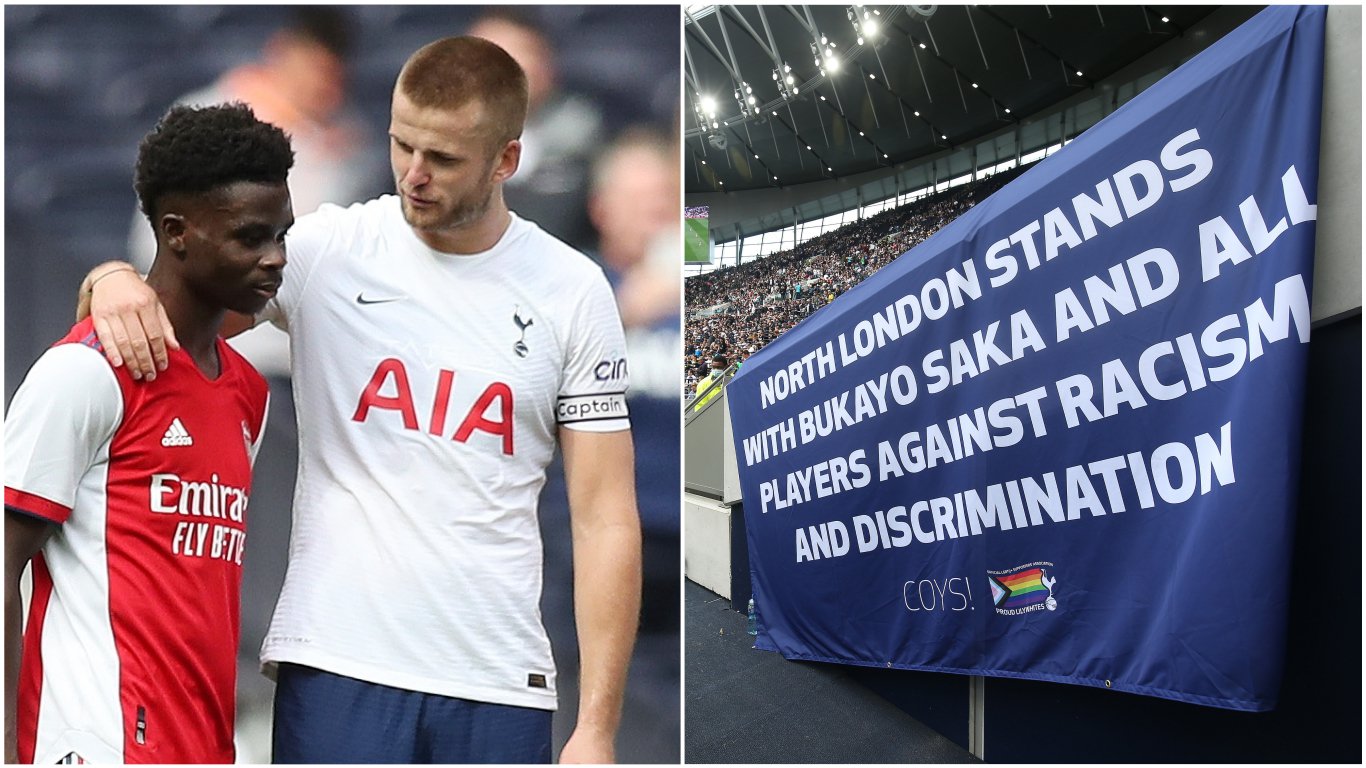 Tottenham’s fans showed some class and sportsmanship when they supported Bukayo Saka on his return to the football pitch after Euro 2020.

The Englishman had been in the spotlight after he missed the final spot-kick in England’s Euro 2020 final loss to Italy.

He suffered racial abuse from some online fans and viewers, but an overwhelming number supported him as well.

He was given an extended break because of his contribution to the England squad for the competition and returned to preseason late.

Mikel Arteta named him on the bench for Arsenal’s last preseason game against Tottenham this afternoon.

Spurs and the Gunners are fierce rivals and their fans don’t exactly love each other that much.

However, Arsenal’s neighbours put their rivalry aside to show the young attacker some support.

Talksport reports that there was a message created in support of Saka that was on display throughout the match.

It reported that the message read: “North London stands with Bukayo Saka and all players against racism and discrimination. COYS”

This is a very classy gesture considering how much both clubs loathe each other and Saka enjoyed the love they showed to him in that regard.