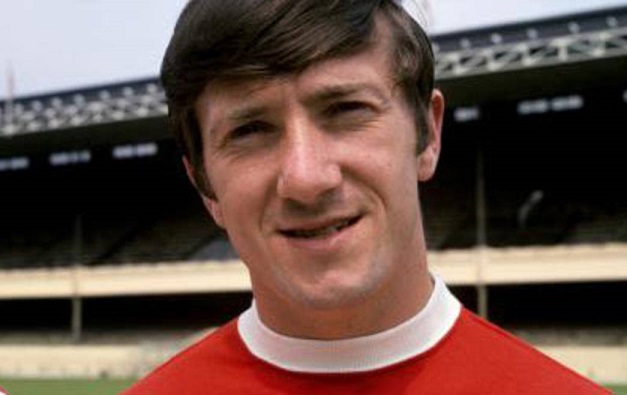 WHERE ARE THEY NOW – GREAT PLAYERS WHO HAVE DEFINITELY “NOT” FADED AWAY:

POSITION: MIDFIELDER (AS QUOTED IN WIKIPEDIA)

What can I say about a player who The Arsenal were lucky enough to have enticed into the club?

“Geordie” was the complete player for me, he was a role model for any young aspiring footballer…which of course we all were!!!

He never stopped running, but it wasn’t the “headless chicken” type of running that seems to be demanded of players these days, it was clever, controlled and part of his absolute desire to contribute 100% to the team for the duration of the game.

It was an absolute privilege to pay my entrance fee and watch this man play, as he was someone who was way before his time – by that I have to travel back in time and explain why:

In the days of the 60’s and 70’s, teams were quite rigid in their set up i.e. a full back never ventured forward, a defensive player was defensive, and forwards never helped out the defence…. unless you were Geordie Armstrong of course!!

He would be back in defence one minute, racing down the wing the next and then swapping from left to right, whatever the situation required.

He was an absolute phenomenon to watch and, for those fans unfortunate enough not to have seen him, the only way to compare him to modern day Arsenal footballers is a cross between Marc Overmars, Gaul Clichy and The Romford Pele – he did everything these three players did and was as good, if not better, at it!!

Even after all these accolades, I feel that I haven’t given enough praise and/or described the man in enough detail – suffice it to say, apart from Dennis Bergkamp who was a master footballer, I would say that Geordie was THE most complete all round footballer I have ever seen in the famous red and white Arsenal shirt.

Let’s take a look at his stats while at The Arsenal:

Played in the first ever Arsenal double winning side of 1970-71.
Arsenal Player of the Year 1970.

After Geordie retired from playing, he took to coaching and managing, including the Kuwaiti national team in 1988 and 1989.

He then returned home, both to England and his beloved Arsenal, as reserve team coach, a position he held until his untimely and totally unexpected death on the 31st October 2000.

It was at a training session he was taking that he collapsed from a brain haemorrhage and died early the next morning.

The Arsenal honoured his memory, by naming one of the training pitches at London Colney in his memory – I would love to see him honoured at our new ground in some way as this man is everything I believe our club stands for – The Greatest English Player Never to play for England!

Phil recently sent me a link that involved his daughter and her memories of this great man – Phil, if you read this, perhaps you could supply that again for any Arsenal fan who wants to read a more intimate view.

I certainly haven’t been able to give him a full appreciation, suffice it to say he would have graced the Invincibles, and walk into the present squad with no trouble whatsoever.

Thanks to Wikipedia and Gary Lawrence (Highbury Heroes).

You can also follow his daughter Jill on this Twitter link, she posts some brilliant pics of her dad from the Good Old Days…