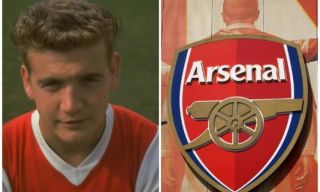 Joe Baker was close to signing for Chelsea as a youngster, spending a month at the club on trial, but was not offered a contract.

Travelling north, he resurrected his young career by signing for Hibernian – this followed local football with Coltness United and then Hibs sent him to another junior club Armadale Thistle.

His 117 appearances with 103 goals were mighty impressive, but the Hibs board decided not to increase his salary demands from £12 a week to £17 a week, so he was transferred to Torino for £75,000.

it was unusual for British players to go abroad and be successful and this continued with Joe, despite him becoming a hero by scoring the winning goal in the Turin derby game with Juventus.

He played alongside Denis Law, who actually did have a successful time, but neither player got used to the paparazzi and spent most of their free time in their Turin apartment.

He was involved in a serious car crash with Denis Law, that saw Joe fighting for his life, needing lifesaving surgery and being on a drip feed for over a month.

After recovering from his injuries and proving his fitness, Billy Wright decided to break The Arsenal club record and signed the 22-year-old Joe Baker for £70,000 in July 1962 and he made his debut on the 18th August that year, against Leyton Orient.

His total number of games at The Arsenal amounted to 156 with an amazing goal record of 100, putting him amongst our most successful centre forwards of all time and he formed a very successful partnership alongside Geoff Strong.

Joe was not a tall player, standing at 5ft and 7inches, but his speed and acceleration left many a defender marking fresh air.

He could use both feet with equal efficiency and, despite that height disadvantage, could score great goals with his head as well.

Joe was also not to be intimidated by anyone and I attended a home FA cup game against Liverpool, when he retaliated after being pushed and pulled at a corner being taken at the North Bank.

He delivered the perfect uppercut to the Liverpool defender Ron Yeats who went down poleaxed. Both players were sent off and to see a 5ft- 7inch player arguing with a 6ft- 2inch was hilarious to say the least.

Although Joe and Geoff formed a potent attack, it was the defence at the time, that saw us struggling and during his four years, we never finished above 7th in the league and Billy Wright decided to sell him to Nottingham Forest for £65,000, a loss of just £5,000 after such a successful personal time at our club.

Joe played his last game for The Arsenal on the 12th February 1966 in a friendly match before his move to the Midlands.

His international career was one of controversy with regard to what country he should represent.

One of the more light-hearted quips that came from this surprise England call up was reportedly made by a policeman who was checking why a Scotsman was wanting to report to the hotel where the England squad were staying. When Joe produced his photograph in the paper, the policeman said “A Jock playing for England. Surely, we ain’t that bad, are we?”

Joe scored a great goal against Spain before the 1966 World cup, but Sir Alf Ramsey decided to ignore him, and he wasn’t even in the original squad.

It is worth remembering that nineteen Arsenal players have achieved the feat of scoring 100 goals and Joe Baker sits at number 6 for the number of games taken to record that statistic.

As a reference, he got there quicker than Thierry Henry and a certain van Persie.

In all, Joe Baker scored a total of 372 goals in his senior career, following 615 game appearances and remains one of the most prolific strikers in British football over the last six decades.

It seems an injustice that Joe Baker never won any top honours, especially at The Arsenal. He would have been a great asset to any of our more successful squads, but it was during the time of Billy Wright and we all know that in those day, The Arsenal was not a successful force in footballing terms.

Once again, it was an honour to watch such a “great little man” score such wonderful goals for our club – rest in peace you bonny Scotsman, and Joe, thanks for the memories.

Thanks to Wikipedia, Dan Cancian of “thesefootballtimes.co” and “dailycannon.com” for most of the stats in this article.