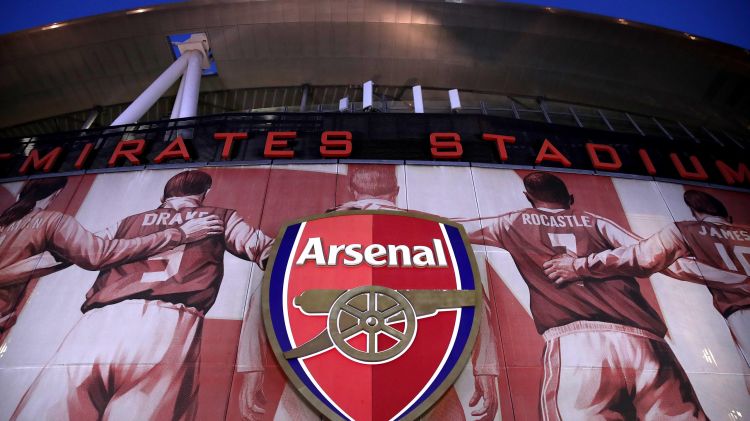 DAVID ROCASTLE – A WONDERFUL PLAYER WHO EPITOMIZED “THE ARSENAL WAY” BOTH ON AND OFF THE PITCH – A TRUE SUPPORTERS LEGEND: by Ken1945

David Rocastle is one of a very few Arsenal players who unite the fan base, with wonderful memories of a gifted, talented, humble and loyal Gooner throughout his short life.

He was an outstanding footballer, who came through the Arsenal academy, after being rejected by Millwall!!!

It was Terry Neill, in May 1982, who brought this wonderful player to our club and it was Don Howe (having taken over from Neill) who gave Rocky his first professional contract two years later.

One of the first things that was sorted out was his poor eyesight, as no one could understand why he was always playing with his head down, Martin Keown states that they took him to the centre circle and asked if he could see the goals…and he admitted he couldn’t!!

He was fitted with contact lenses – and the rest is history as he exploded onto the football scene.

David made his debut against Newcastle in 1985, and was part of our first team under Don Howe and George Graham, winning the following honours:

David was never on the losing side during his England international career, being on the winning side in seven of his fourteen and drawing the other seven – yet he was not selected in either the World cup squad of 1990 or the 1992 Euros.

After failing to win either of these competitions, David was recalled to the set up and played his last game for England against Brazil, just after his 25th birthday, on the 17th May 1992.

It makes the decision by George Graham to sell Rocky just two months later, as yet another incredible mistake by our club. He had recovered from a run of injuries and was playing some fantastic football once again, hence his England recall.

After ten years at the club he loved, and with whom he had such a wonderful relationship with us, the fans, Graham’s inability to manage “flair players” (Charlie Nicholas was another) saw him transferred to Leeds United… yet another player being sold to one of our rivals and also the then current league champions!!!

Oh yes!!! this has been going on for years, fellow Gooners!?!?

Rocky did not want to leave and was open in his opposition to the move, along with the (this time I use the phrase with complete accuracy) vast majority of Arsenal fans and supporters. It seemed an incredible decision for Graham to make and was met with hostile disagreement by an incredulous football world.

Such words as “doltish,” “cold” and “woeful” were used by fans, fellow Arsenal players and the media… but the move went ahead, and the club went from 4th to 10th the following season.

Graham tried to say that his decision was based on Rocastle’s knee injury problems, but David had always denied that suggestion.

Here are a few quotes from fellow professionals about David:

Perry Groves – “I came back for pre-season training that summer and life just wasn’t as much fun without David there anymore.”

Tony Adams – “David was more than capable of putting his foot in when needed, he was a massively strong player, with thighs like tree trunks”.

Manure’s Norman Whiteside, after Rocky was sent off following an altercation between the two: “Not many players came back at me like he did, but David had no problems letting me know that he wasn’t to be messed around.”

Remember the 1991 Old Trafford fight, that saw us deducted two points? Rocky said “We went in there and we stuck up for each other. At The Arsenal we never, ever, started any brawls – we just finished them!!!

Another quote that is said to originate from David goes thus: “Remember who you are, what you are and who you represent” …something that, in my opinion, we all need to adhere too in our own lives.

Without entering into another debate/argument, I would have loved to see David Rocastle and Arsene Wenger working together. There is no doubt in my mind, that both men would have had the same relationship that DB had with AW – all three men were ultimate professionals in the footballing world and community.

Wenger said of him “A modern player, because the revolution of the game has gone on to more technique and more skill.” He also described David as “having an exceptional dimension as a footballer.” – he could have been talking about either Rocky or Dennis in my opinion.

I also believe that David would have had a place in our “Invincible” squad and would walk into today’s squad without any problem whatsoever.

I am proud to say that I join in when his name is chanted at The Emirates, and I feel so lucky and privileged to have seen this legend play in our famous shirt and wear it with pride and passion.

We all know that David passed away too early and in such a cruel way and the way in which he was forced out of our club by Graham has always left a sour taste in my mouth.

The club have honoured his memory by showing his name alongside so many other great players around the Emirates, and he has a special site giving his history at our club and with Mickey Thomas’s quote alongside. There is also the “David Rocastle” indoor centre at our academy to ensure his name is always with us.

One last point that I feel needs to be pointed out is in regard to our nearest and dearest rivals Tottenham:

Just hours after his death was announced, we were playing them in another north London derby. A minutes silence was to be observed, not clapping, but silence in honour of David Rocastle – the silence around the ground was observed by every single person, and David would have loved to have seen that the two great sets of rival fans showed the respect he deserved.

As a supporter of our club for many years, there have been some wonderful players I have had the privilege to watch and David Rocastle is, without any doubt whatsoever, one of those players.

Thank you for the memories and I still feel the pain of losing you my fellow gooner – RIP Rocky.

Acknowledgements to Wikipedia, fourfourtwo and The Guardian, among others, for assisting me in this article.