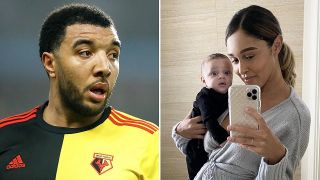 Troy Deeney, the Watford captain, refused to return to training last week because he feared catching the virus and putting his son’s health at risk. He told a YouTube Football Show: “We’re due back in this week, I’ve said I’m not going in,”

“It only takes one person to get infected within the group and I don’t want to be bringing that home.

“My son is only five months old, he had breathing difficulties, so I don’t want to come home to put him in more danger.”

He told the show that he would only return when he had assurances from the medical people that it would be safe for him to do so, but now it seems that those questions have been answered to his satisfaction after conversations with Dr Jonathan Van-Tam, the Government’s deputy chief medical officer.

“I only said that I wasn’t going back for the first week,” Deeney told CNN Sport. “People took that as I’ll never go back.”

He continued: “Jonathan is doing really well, again, not only answering questions. He has also been honest enough to say at times: ‘I don’t have the answer’.

“So it just filled me with confidence that he’s trying his best to make sure that we have all the information. The risk factor will be down to players.”

There were reports that other Watford players had backed their captain and also refused to return after they had three of their staff had tested positive in the first round of testing, but it remains to be seen if everyone will join him back on the training ground, especially as clubs are set to resume contact training this week…