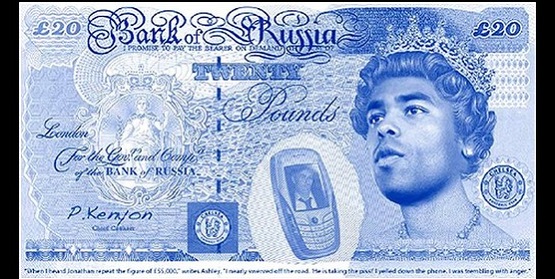 Robin van Persie and Ashley Cole have been in the news over the last few days and the truth is I do care.

I care because it gives me an opportunity to berate them, to act as a bitter Gooner and brand them vile and disgusting.

You see, at any other time when they are not in the news and I unleash vitriol on them it could seem petty, spiteful and even a little vindictive and they do not deserve for my character and integrity to be questioned because of unwarranted outbursts.

But when they are in the news then I can offload on them without it reflecting badly on me.

I simply do not care what justification or blame game van Persie is trying to achieve, he did what he did and he knows it. In fact, it was never that he left us that was the issue for me but the way he did it.

Same applies to Laurent Koscielny but he is no longer in the news and so I will not waste my time on him, but van Persie? Definitely, because he is in the news.

His reputation is shot to pieces, he only had one chance of a legacy and that was with Arsenal, his tenure at Man Utd was simply too short for that but all he will be remembered for by Arsenal fans is his betrayal and not his talent.

Then there is Cole retiring and no doubt he will be applauded by the sycophant media, they always try to erase the repugnant deeds committed by footballers but the fans do not, they never forget and whether the media like it or not it is the fans that are the custodians of a players legacy.

The Chelsea fans may well look at Cole and see a player with a positive reputation but not Arsenal fans, we do not forget how he left us, the secret meetings, his reaction to a huge wage offer and his attempts at excusing his actions.

So, yeah, I do not care that those two are in the media but only so I can feel good about myself as I write the words vile, disgusting reprehensible and think words I cannot publish on here.