Johan Djourou and Alex Song have both had their playing contracts terminated this week by Swiss club Sion, with very little communication on the matter.

The Swiss side had been sat third bottom in the third division, and believed to be undergoing financial difficulty at present, and have move to end a number of players playing contracts, with little to no communication whatsover.

Supposedly a message was sent via Whatsapp to all players to let them know that their wages would be reduced to around £10,000 per week, and that they must sign a paper to agree as such by midday the next day, and that he did not turn up to sign the paper as he needed reassurance on the implications of such.

The next thing he knows is he has been terminated, and is now set to fight the decision by his now former club.

The former Arsenal defender said: ‘My lawyer will take care of it, let’s go to FIFA. We will defend our rights.

‘We played a friendly on Friday (March 20) and we were supposed to meet with the president on Monday, then on Tuesday. We had no news.

‘We received a WhatsApp message on Tuesday afternoon to tell us that everyone had to sign a paper telling us that our wages were being lowered, that we were going to be paid around €12,000.

‘We were to return the paper the next day at noon. We received this document without explanation.’

He added: ‘I am a footballer, it is not my job. There are people to verify that [the document]. I couldn’t sign it, we didn’t have any discussions.

‘All the clubs are talking today. Our captain didn’t know anything. We decided together not to sign this document. We wanted to talk.

‘I did not make any professional misconduct. All the clubs talk to their players to find solutions. We do not understand what happened. No one can understand.’

FC Sion have since received a letter telling them that they are ‘expected to withdraw these abusive terminations’, and to find a new solution to the matter.

This is shocking behaviour for a professional club to try and take such drastic measures amidst a time of crisis within the world, and while I can accept to a point that some clubs may be in financial crisis themselves, taking that out on the players is simply not justified. 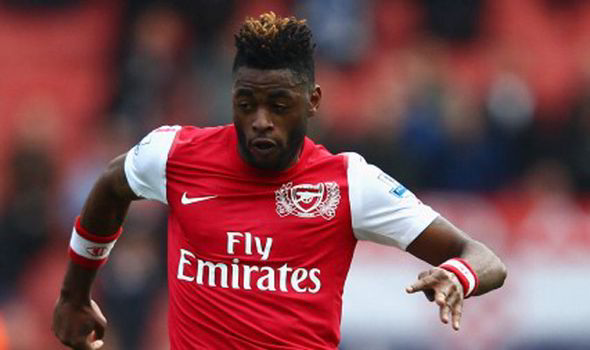