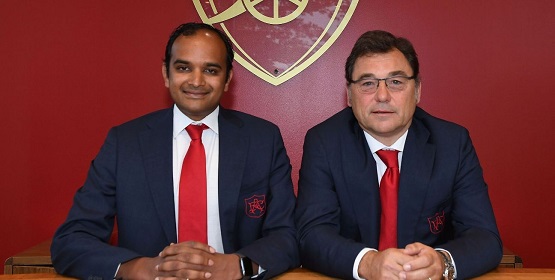 The history of Arsenal will show different periods of success and decline and never has that been more evident than the last ten or so years and there is a variety of reasons for that and one man can take a huge share of the blame for the mess Arsenal football club find themselves in today.

That man is Ivan Gazidis.

Obviously, Arsene Wenger and others must also accept responsibilities for their roles in the chaos surrounding the club but without Gazidis incompetence it would never have got to the state we are in today.

Gazidis officially became chief executive of Arsenal on the 1st of January 2009 and the ten years that he was basically the chief honcho we won three FA Cups and experienced one of the most disastrous transfer policies ever undertaken by a top-flight club.

I could make a huge list of the incomprehensible decisions Gazidis took but that will get us nowhere now, his time with us is done and we can start fresh with a new vision and new strategy and that is now the responsibility of two men, Managing Director Vinai Venkatesham and head of football Raul Sanllehi, who are basically doing the job Gazidis once did on his own.

One of their biggest decisions to date is the two-year rule which, if implemented, means that any player with two years on his contract either extends or is sold.

This is a necessary step without a doubt, we simply cannot go on losing players on free transfers or for a lot less than their true valuation due to expiring contracts.

But it cannot stop there, they have to be clever with wages and purchases because we cannot have a repeat of the sorry Mesut Ozil salary debacle or the acquisitions of the likes of Shkodran Mustafi for €41 Million or the €45 Million spent on Granit Xhaka.

Venkatesham and Sanllehi have this summer to prove their worth and show the fans that they are the men to right the wrongs of Gazidis and put Arsenal back on the road to greatness again.

We the fans give the support, the club is a cash cow, the stadium is awesome, literally, everything a club needs to build on is right there, all that is needed is for the right men to do the right thing.

As fans we must put our trust in these men, it is not their fault that we are where we are today and they just maybe what we have been looking for since David Dein.

But that trust is tenuous, our faith and confidence has been sorely strained to almost breaking point and there is only so much patience that can be extended.