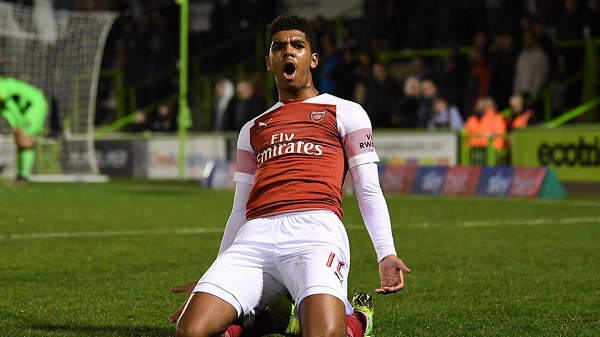 It looks like Arsenal are sending more of our most promising youngsters out on loan this season, which may have something to do with us not having the early Europa League matches to help them gain experience of senior fotball.

The Academy has been developing a lot of promising strikers recently, and with Folarin Balogun joining the first team squad, and Nikolaj Moller being loaned to Viktoria Koln, we now have the prolific young striker Tyreece John-Jules being gifted to the newly-promoted Championship side Blackpool for the whole of next season.

📝 We are delighted to announce the signing of striker Tyreece John-Jules on loan from @Arsenal.

The 20 year-old has earned the step up to the Championship after spending last season at Doncaster, and impressing with 5 goals in 18 League one appearances as a teenager.

John-Jules has also made 24 caps for England up to U20 level, and if he carries on progressing he could be another Arsenal superstar of the future.

The good thing about sending our starlets on loan is that they will get experience of playing in front of crowds again, and we also get the host clubs to pay their wages while developing their skills.