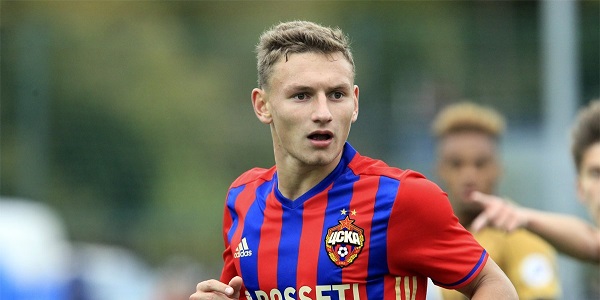 It can get a bit boring reading the same names being linked with Arsenal football club every single day and so it is refreshing to see a new name pop up on the radar, especially when it does not originate from the tabloids.

According to Sky Sports, we are looking at young Russian striker Fedor Chalov, who plies his trade with CSKA Moscow.

Now, we are not the only ones said to be keen on acquiring the services of the 21-year-old, Monaco and Sevilla are also reported to be interested in him and it is easy to see why.

Chalov was the top scorer in the Russian Premier League last season, knocking in an impressive 15 goals from just 30 appearances, that is a very decent return for the young man.

We do have experience of the lad, he actually scored against us in the Europa League quarter-final second leg back in 2017/18, while this season he was on the scoresheet when CSKA stunned Real Madrid 3-0 in the Bernabeu.

No fee has been mentioned and that is a worry because you just know he will not be cheap, especially when you consider his age and the fact that he has three years left on his contract at CSKA.

On the face of it I must say this is one rumour that I could get excited about, he is young, highly talented and has a nose for goal.