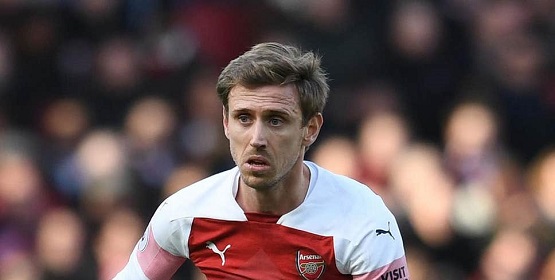 Unai Emery was unable to get his way over Nacho Monreal

It did seem strange at the time that Arsenal sold Nacho Monreal to Real Sociedad 24 hours before the North London derby and it appears now that the timing of the move was against the wishes of manager Unai Emery, according to the Athletic as cited by the Metro.

Emery wanted to play Monreal for one last time because he believed that he would have been more effective down the left flank against Tottenham’s makeshift right-back Davinson Sanchez who was being played out of position.

But for some reason, only known to the board, they sanctioned the Spaniard’s departure knowing that it would upset the plans of Emery.

Emery clearly has no issues fielding players that are leaving the club, he played Henrikh Mkhitaryan who was set to leave the following day for his loan move to Italian giants Roma and you have to wonder why the board could not give their manager just 24 more hours with Monreal.

It also shows, to some extent, that Emery has little to no confidence in Sead Kolasinac that he would prefer to have selected a departing, noticeably slower Monreal.

Once Kieran Tierney returns to full fitness he will be the automatic first choice at left-back, that much appears certain and the future of Kolasinac at the club must be in some serious doubt.

Some will argue that the Bosnian left-back could be deployed on the left side of midfield, he never was a great defender but Emery obviously does not see him in that role if he prefered Monreal to do the attacking down the wing against Tottenham.

Regardless, it was still a strange decision by the board to allow Monreal to leave one day before the Spurs game against the wishes of Emery.