Pierre-Emerick Aubameyang has been in poor form for Arsenal over the last two years, but the Gabon captain’s salary is among the top five in the Premier League.

The former Borussia Dortmund man signed a new deal at the start of last season and his current wage is around £350,000 per week.

That is more than Premier League Golden Boot holder, Harry Kane makes and it is also more than Liverpool’s Mohamed Salah takes home every seven days, according to The Sun.

Arsenal is one of the underperforming Premier League clubs and Auba has done very little to justify why he takes home that much money.

The report revealed a list of the Premier League’s top earners and Auba is the only player whose club finished outside the top four last season who earns up to £300k per week. 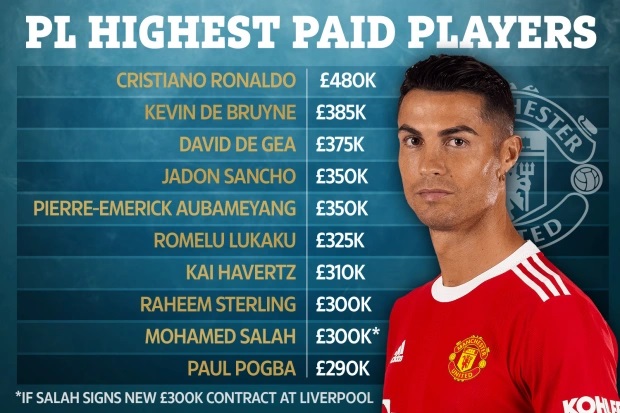 This shows how desperate Arsenal was to hand him a new deal and he may have become their new Mesut Ozil.

Mikel Arteta has chosen the striker to start matches ahead of the likes of Alexandre Lacazette and Eddie Nketiah this season and he hasn’t been at his best.

In 6 league games, the striker has scored just 2 goals. That is a poor return for the money he is being paid by the Gunners weekly.