VAR is not being used correctly and it is starting to damage the game.

Most football fans were keen to see VAR in operation in the Premier League this season after it was used in the Champions League and World Cup.

The technology was introduced to make life easy for the referee and for teams to stop feeling cheated, however, has it been that helpful really?

No doubt, VAR has been an asset in making certain decisions however, the damage it has done so far seems to be far more than the help it has provided.

The Premier League has had to make some ridiculous explanations. An example was when they had to explain that Roberto Firmino’s armpit was offside against Aston Villa earlier in the season.

Yesterday Raheem Sterling stamped on Dele Alli in Manchester City’s game against Tottenham. He was only shown a yellow card by the referee on review by VAR, the technology sided with the referee.

The Gabonese attacker was sent off for that foul against the German but Sterling was let off the hook.

Look at these two images and tell me the difference? Yet Auba gets sent off after VAR gets involved but not Sterling. 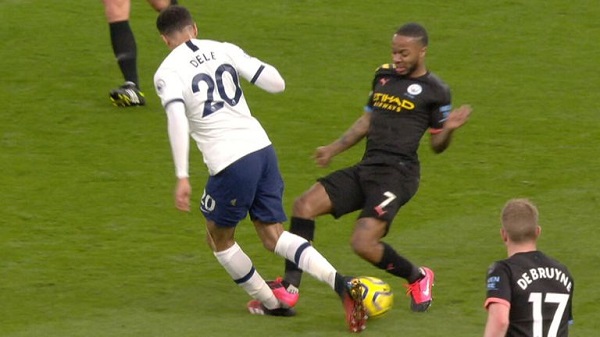 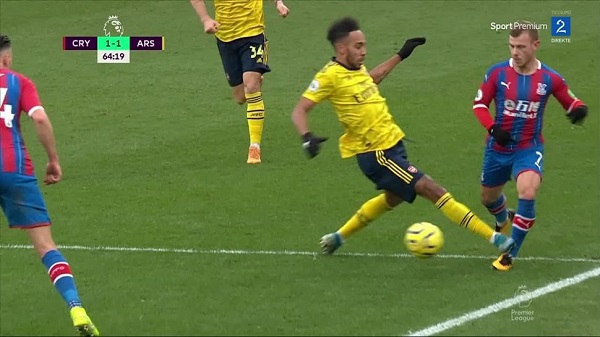 The major problem with VAR’s implementation is the fact that it is still humans making subjective decisions.

These decisions would have been more consistent if the referee himself used the pitchside screen to make the decisions alone.

One person making the call would eliminate time-wasting and inconsistent decisions and that is all the fans are asking for.