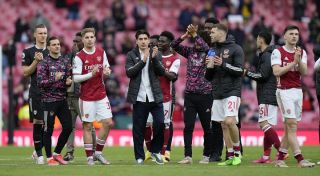 Arsenal were in fine form back in front of the Emirates crowd, earning a 2-0 win over Brighton.

Nicolas Pepe earned the Man of the Match award for his performance which returned both of our goals, highlighting his amazing end of season form, but he was far from alone in putting in a solid performance for the home fans.

Unfortunately it wasn’t enough to secure European football after Tottenham managed to overturn Leicester’s lead to win 4-2 at the King Power, but it was a good sign of things to come with the home crowd expected to be allowed once again in the new season.