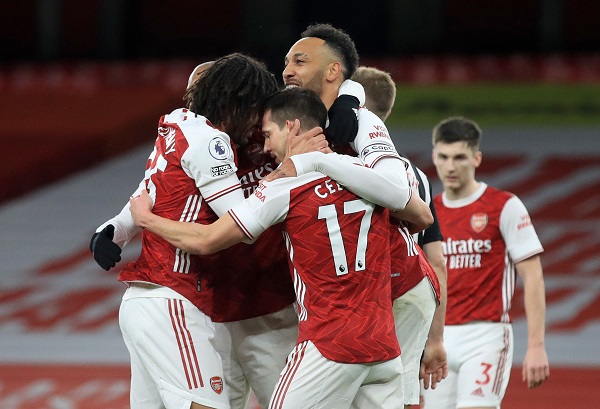 Video: Another Leeds error opens the door for Aubameyang to complete his hat-trick

Pierre-Emerick Aubameyang has completed his first Premier League hat-trick of his career, with Arsenal’s fourth against Leeds today.

The Gunners are running riot against the Yorkshire club, although questions have to be raised against Marcelo Bielsa’s side who can definitely blamed as at fault for the latter three.

It was Leeds who were in possession inside their own half, but their player fails to even attempt the pass before being pickpocketed by Emile Smith Rowe, who then crosses from just inside the box straight into the forward to nod home.

It’s now a matter of how many will the Gunners get, but you wouldn’t blame the manager for taking off some key players ahead of the Europa League clash on Thursday.