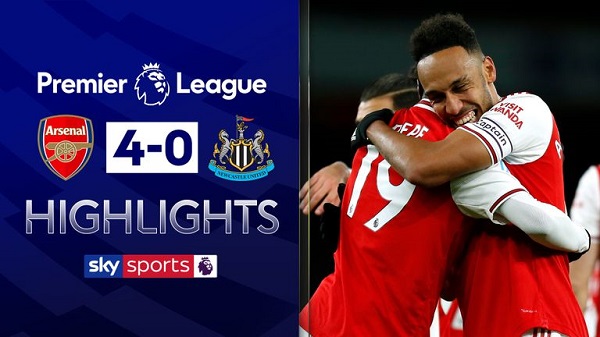 Arsenal romped to a 4-0 win over Newcastle United in a fantastic second-half display.

This was probably the best Arsenal performance we have seen all season, well at least the second half anyway.

It had everything, a goal for Ozil that involved every single Arsenal player, Lacazette ending his goal drought, Pepe getting an assist and a goal, Saka destroying the Newcastle defence and Aubameyang scoring with a bullet header.

The first half was a bit sluggish but the second half was simply fantastic and with so many players stepping up you have to wish they would visit Dubai before every game.