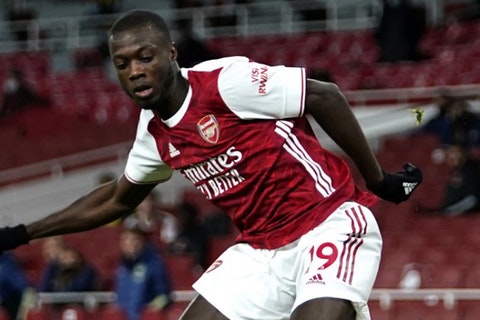 Video: Arsenal break the deadlock to move into seventh

Arsenal have scored against Brighton to move themselves up into the seventh and final European spot.

Nicolas Pepe continued his fine run of form to score today, his 20th goal contribution of the current campaign.

His goal was shortly followed by Tottenham falling behind at Leicester also, meaning that Arsenal go clear favourites to secure a place in next season’s European Conference League.

Arsenal will surely go onto secure the victory, leaving Spurs will need to come back to win today, which I honestly cannot see coming.