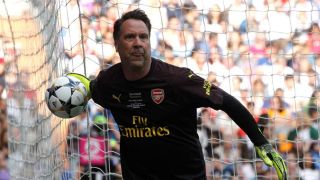 David Seaman insists that Mikel Arteta is the right man for the Arsenal job, despite the team hitting rock-bottom in confidence.

The team is currently under pressure having picked up just five points from their last nine Premier League matches, and have dropped down to 15th in the division.

There had been hope that the Spaniard could return us into the top four after such an impressive opening campaign under his guise, but that now looks quite the stretch.

David Seaman is refusing to turn on Arteta however, and claims the club must back him to build the squad he needs to return to the side to where they belong.

🇫🇷 “A lot of the players are Wenger's”

Will Arteta last the season? 🤔 pic.twitter.com/BC6NzrtEx8

Don’t most managers have to make do with other peoples signings within the squad? Does David have some valid points?

Seaman highlights the biggest problem with the current Arsenal side
10 June 2021, 16:30