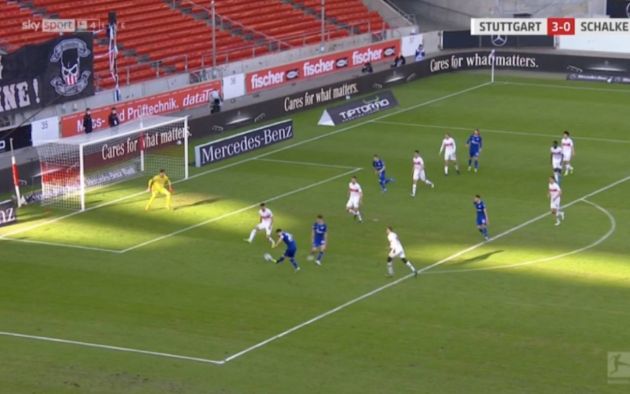 Video: Arsenal loanee bags his first goal of the season

The defender joined Bundesliga strugglers Schalke 04 in January on loan, where he will stay until the end of the season, and he has just scored his first goal of the campaign.

It has taken the Bosnian 18 appearances for both Arsenal and Schalke combined for him to find the net this season, and he will be hoping that his side can bring a big fightback after bringing his side back to 3-1 down inside the first half.

Could Kolasinac return to Arsenal next term?