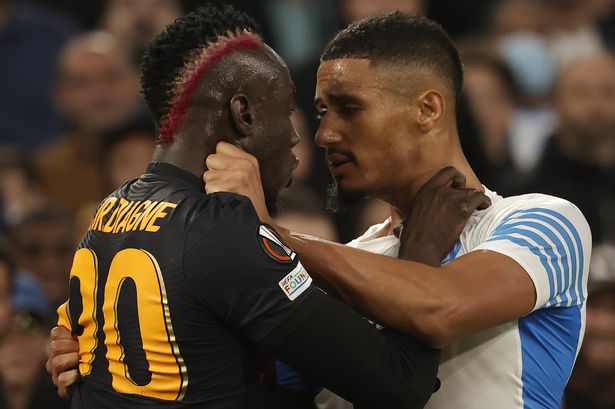 Arsenal loanees William Saliba was on form last night in helping Marseille to help his side to keep a clean sheet against Galatasaray, but his performance clearly angered a rival striker.

In injury time, the French defender use his strength to get in front of the attacker and force the ball out for a throw-in, which clearly angered striker Mbaye Diagne, and after the pair square up a number of others get involved (and keep an eye out for Matteo Guendouzi who tries his best to get involved).

No getting past Saliba. Rock solid.

Guendouzi desperately trying to get involved in the scrap 😂 https://t.co/9lHz93yJRa

Did Saliba show his maturity by standing tall before getting out at the earliest opportunity? How impressive was that show of strength to hold off the striker?

‘I don’t understand why he hasn’t played more for Arsenal’ Payet questions treatment of Saliba
16 October 2021, 17:00