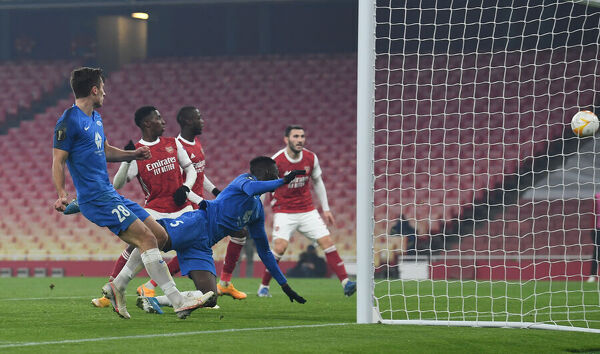 Video: Arsenal lucky to be level after Molde miss

Arsenal will be counting their lucky stars after the hosts Molde missed from point-blank range.

The Norwegian side should have opened the scoring inside the opening 15 minutes, but despite some impressive teamwork, their midfielder failed to tap home.

Arsenal would have had plenty of time to get back into the game regardless, but you would hope that they could build on the early warning shot.

Do Arteta’s men need to show their rivals more respect as they look to close out the group?