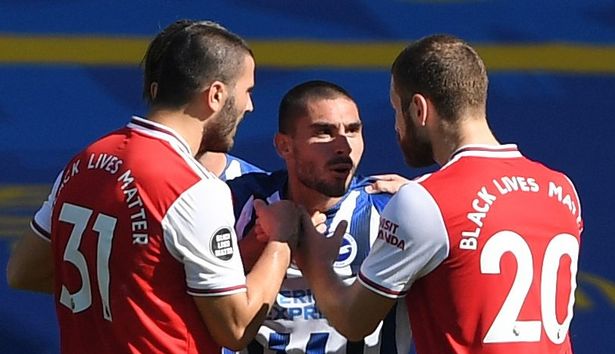 Another poor showing from Arsenal ended with a fracas on the final whistle when the Arsenal players targeted match-winner Neal Maupay.

Matteo Guendouzi, who may get in a bit of trouble, looks to have grabbed Maupay around the throat, not sure why just yet, maybe in retaliation for his part in the Bernd Leno injury or maybe just bitterness from the young Frenchman but there will be repercussions.

That ending just summed up the whole afternoon with Arsenal throwing away a one-goal lead.

Chaos at the final whistle at the AMEX 🤬😡#PLReturns pic.twitter.com/irxEdsbfUa