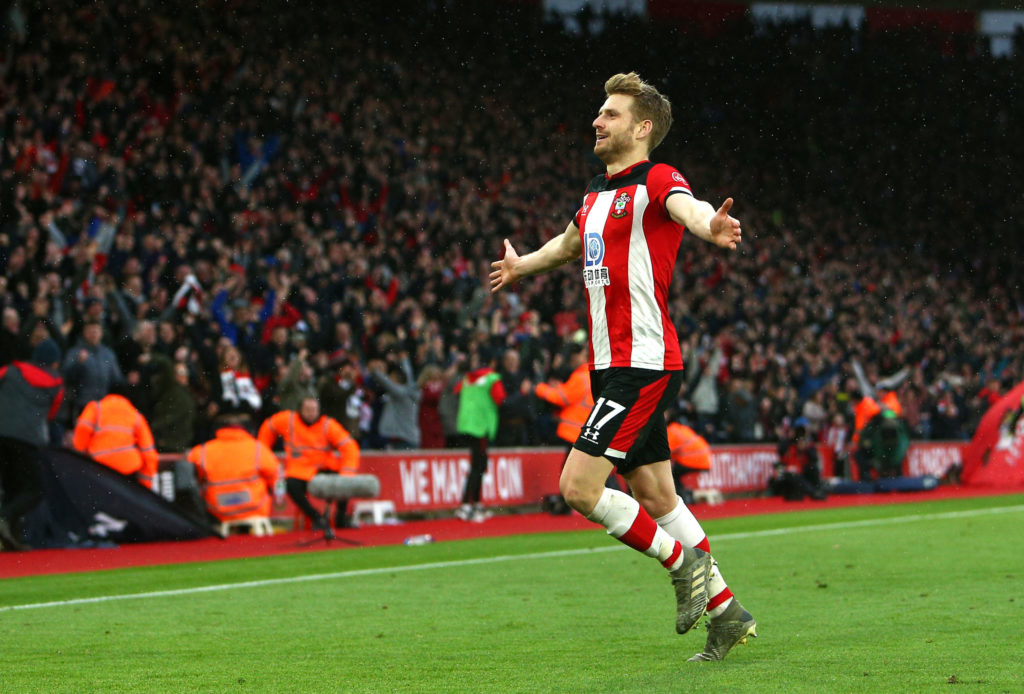 Southampton have taken the early lead against Arsenal this evening thanks to Armstrong’s half-volley.

The Gunners nearly opened the scoring themselves 49 seconds in when Lacazette was put through in on goal, but Alex McCarthy managed to close his legs in time to divert his effort wide.

The Saints took the ball up the other end to force a corner off the back of Rob Holding’s head, and this corner proved to bring the breakthrough.

Ward-Prowse’s ball lands to Former Celtic Star Stuart Armstrong on the edge of the box, who lashes it home past Bernd Leno who failed to get enough on the ball to divert it away.

Southampton get off to a dream start against Arsenal!

Stuart Armstrong with the first-time finish but how about the technique on that James Ward-Prowse delivery 😮 pic.twitter.com/1cAzcMWsOE

There is still plenty of time to get the result here, but we can’t afford to concede again.