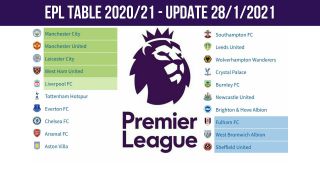 Mikel Arteta claims that his Arsenal side has so much to improve on despite closing in on the top four of the Premier League.

The Gunners have moved to within five points of the Champions League places after an impressive run of results since Christmas, but the manager insists he is only worried about his side’s results.

It wasn’t long ago that we were being quizzed on being part of a relegation battle, and now we are being asked about our chances of qualifying for Europe’s elite club competition.

The Arsenal boss is only concentrating on getting results, and isn't eyeing a place in the top four at present 👀👀👀

Does Arteta believe his current crop work better without expectations? Should they not have a target to aim for? 🔴⚪️🔴⚪️ pic.twitter.com/5VOcptlECR

Does our form at present make us contenders for the top places?