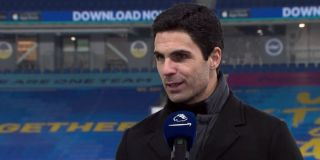 Video: Arteta insists his side are in ‘much better’ mood following win

Mikel Arteta claims that his players are in a ‘much better mood’ following Arsenal’s back-to-back wins this week.

The Gunners had been on a streak of seven Premier League matches without a win, but have hopefully put that dreadful form behind them with wins over Chelsea and Brighton since Christmas Day.

The team will surely have enjoyed their victory over Chelsea, and our second half performance with Brighton yesterday will hopefully have helped to boost our sides confidence, and another win against West Brom on January 2 will hopefully bring us back near to our best.