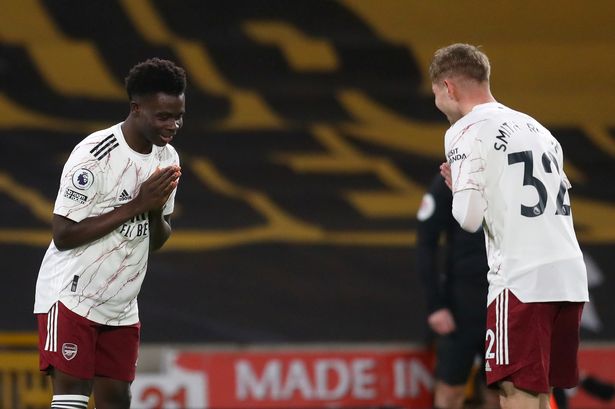 Bukayo Saka has been one of Arsenal’s most important players both this season and the last, and Mikel Arteta can’t name a better player within his age group.

The youngster has been improving in front of goal this season, as well as improving his all-round game, and the manager has named what Saka needs to improve on to become even better.

Mikel Arteta is quizzed on whether Bukayo Saka is the best of his age-group, and labels the areas where he must improve for Arsenal 🔴⚪️🔴⚪️

Saka is no doubt the best for me, and I'd be very shocked if he wasn't Arsenal's Player of the Season come the summer 💪💪💪 pic.twitter.com/6kmNDAzXib

I don’t believe there is another player in his age group who has the consistency of Saka, and his mentality appears to be one of his greatest attributes. While I rate Man City’s Foden as one who should be great also, without the minutes he still has much to prove to be compared next to our star man.

What youngsters deserve to be named in comparison to Saka in his age group?