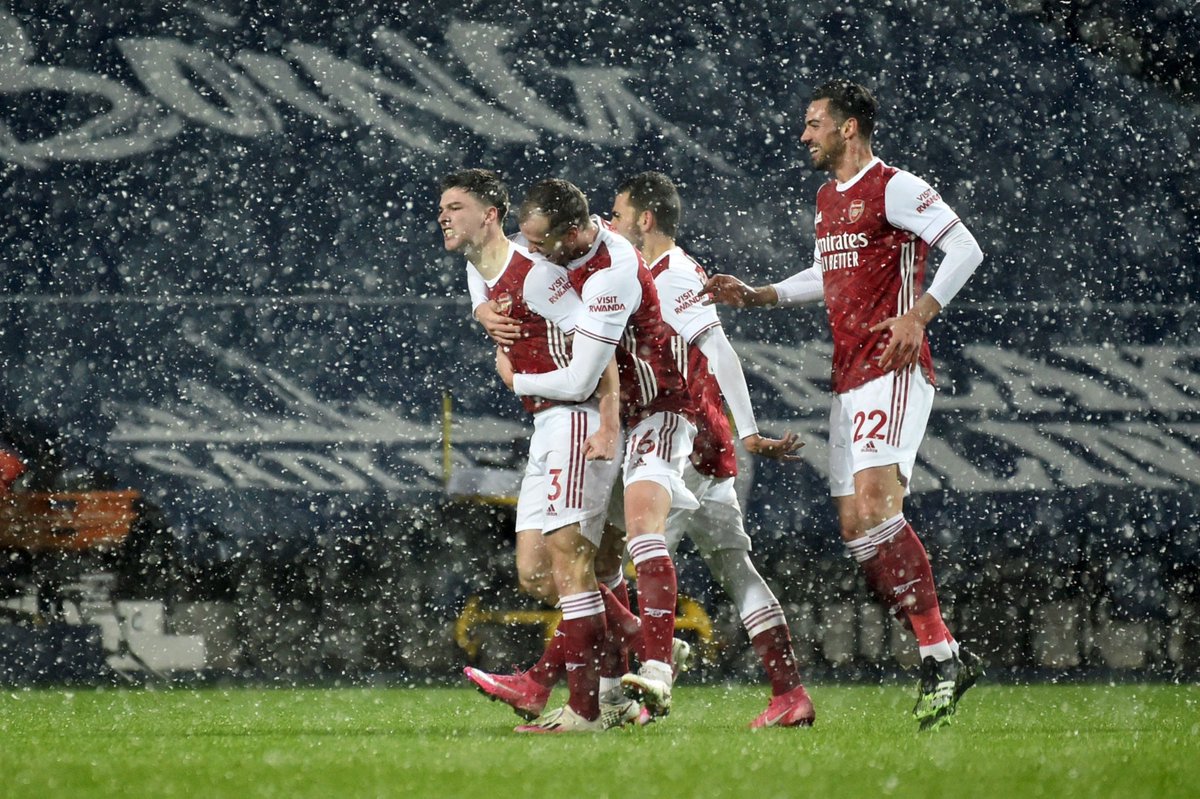 Video: Arteta quizzed on Kieran Tierney and his immunity to cold

Kieran Tierney put in a star-performance against West Brom yesterday, scoring an amazing opening goal to set his Arsenal side onto victory.

The Gunners ran away as 4-0 winners thanks to his early goal, and the defender showed he was unaffected by the weather as the snow roared.

There were fears that the match could be called off before the match, but they managed to clear the field before kick-off, but Tierney was seen training in the minus temperatures in a short-sleeve kit and shorts.

His performance showed that he certainly had no ill-effect by the weather, and he has quickly become a fans favourite in North London.

Is KT one of the best players in the squad despite having potential for more? 🔴⚪️🔴⚪️ pic.twitter.com/xh4COK7Ybp

Has Kieran already paid back the fee paid to Celtic for his signature?