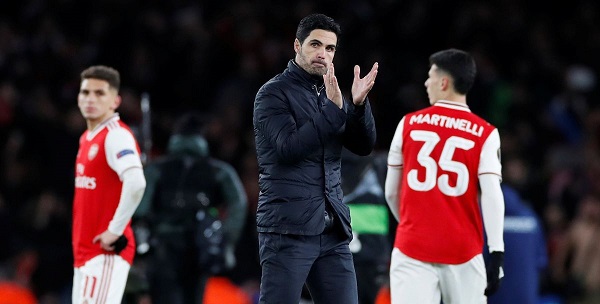 Video: Breakdown of Arteta’s impact on the pitch

Adrian Clarke has released his own personal breakdown of the impact that new manager Mikel Arteta has had on his playing squad.

The players on the pitch are being worked much harder, being asked to do much more running on and off the ball, and players will need to increase their stamina in order to keep pace with this style of play.

The changes were more or less instant from the Spaniard’s first game in charge, and Clarke believes this can only have a positive impact going forward, with the performances already an improvement one what we had been witnessing.

The philosophy was always going to take a little time to bare the results, and those are beginning to go our way, and the former Gunner picks out some key stats as to where we have made our improvements.

Will Arteta’s philosophy take its toll on the squad in the long run? Are there players that are simply not up to the task of playing to the new style?