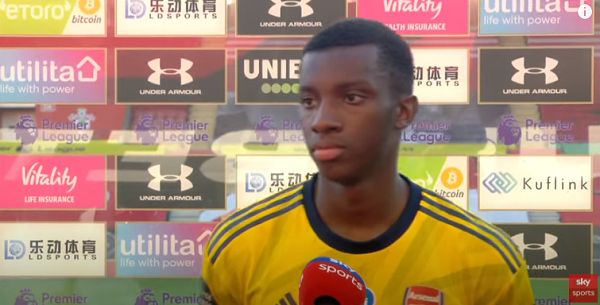 Eddie Nketiah once again justified Mikel Arteta picking him instead of Alexandre Lacazette by scoring the winner against Southampton earlier this evening.

One has to remember that Lacazette has not scored an away goal in 18 months now and even though it was a huge howler from the Saints keeper it was still quick thinking from the young striker that saw him capitalise on the error from Alex McCarthy.