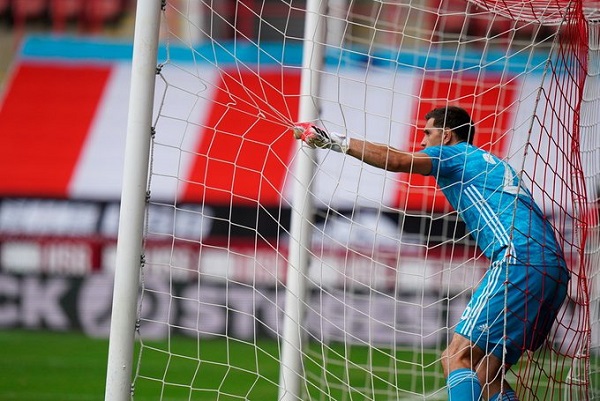 Video: Emiliano Martinez keeps Arsenal ahead with crucial save

Emiliano Martinez has just made a crucial save around the hour-mark to keep our boys in the lead, with the score remaining at 1-0 to Arsenal.

Manchester City have come out in the second-half with a point to prove, and are starting to pile on the pressure as they seek to level the score, but so far the team has kept focus, but the goalkeeper has had to make saves.

This one below could easily have beaten him, as he had moved to his right in antipation of the cross-goal attempt, only to have to think fast to get down low to his left, and keep our side with the advantage.

Will Leno have a job on his hands to get his spot back? Will Martinez prove to be today’s hero?