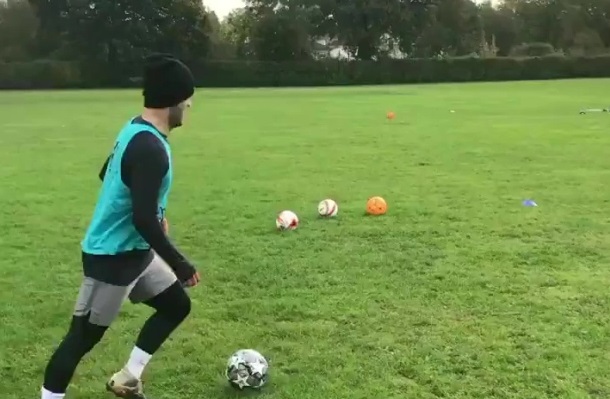 Jack Wilshere has stepped up his search for a new team by training in a local park with some lads.

The former Arsenal man is still just 28, yet he is without a team after West ham agreed to terminate his contract this summer by mutual consent.

The midfielder had started less than 20 games for the Hammers in two years at the London Stadium.

When he was released, he claimed that he had been fit for the last eight months, suggesting injury wasn’t the reason why he has been out of the West Ham team for most of that time.

He has now taken to training on his own as he looks for a new team that will take a chance on him.

In a clip posted on Twitter by the username, NCF_Elites, Wilshere is seen training with two other guys and the English midfielder is seen tucking his efforts at goal away.

The midfielder enjoyed the best time of his career in an Arsenal shirt and he was only let go by the club in 2018 even though he was in line to sign a new deal when Arsene Wenger was the club’s manager.