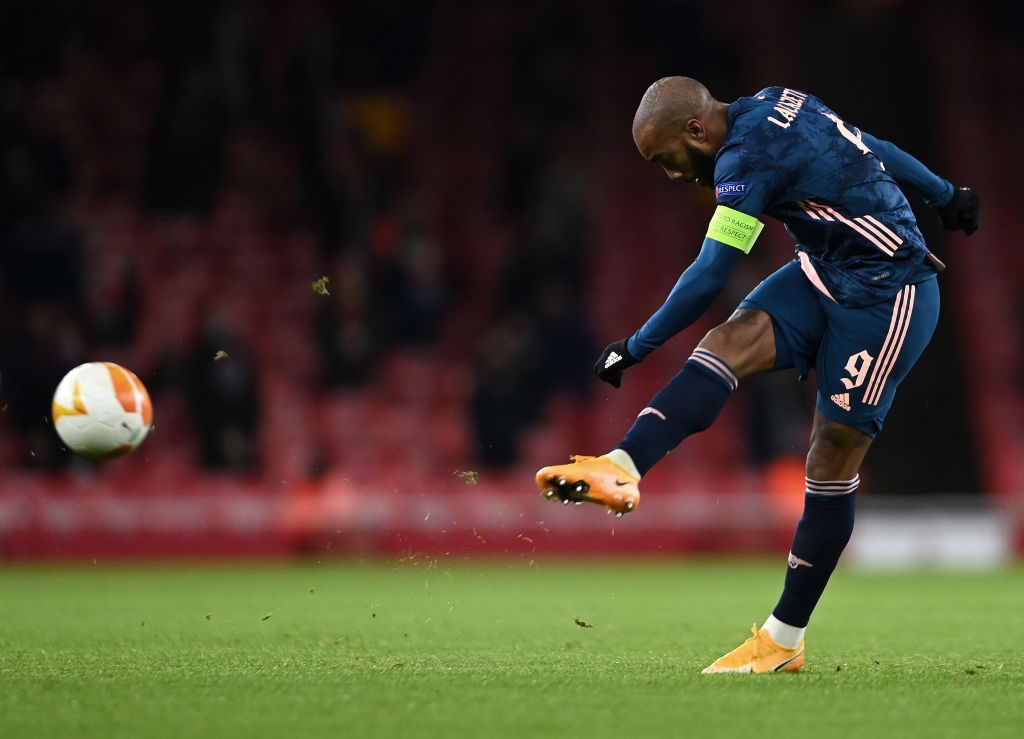 Alexandre Lacazette has scored his first goal in seven appearances as he fires Arsenal into the lead against Rapid Vienna.

The Frenchman has fallen out of favour in the Premier League of late, being dropped to the bench in favour of Pierre-Emerick Aubameyang moving into a central role, but his goal today could well see him return.

Laca has taken just 10 minutes to fire his side into the lead, taking a touch outside the box before rocketing the ball past the goalkeeper in the centre of the goal.

And look what it means to the fans! 😍 pic.twitter.com/NJPLAAUXUr

Look at the movement on that! 🌪

Alexandre Lacazette with a thunderbolt of a strike ⚡️ pic.twitter.com/ybn0r0JaTl

Will that goal be the confidence boost we have needed?