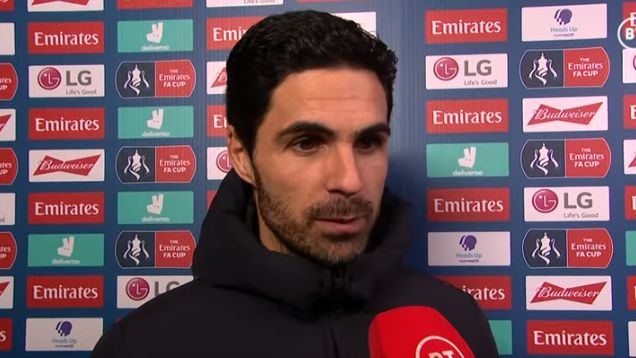 Mikel Arteta singles out the Arsenal youngsters following the win over Portsmouth.

Mikel Arteta gave the customary post-match interview after Arsenal progressed to the FA Cup quarter-finals thanks to a 2-0 win over League One outfit Portsmouth.

The Spaniard spoke about the youngsters, in particular, Reiss Nelson and also gave an update on Lucas Torreira, who was taken off in the first half with what looked like a nasty injury.

It was certainly a far happier Arteta than the one we saw after the Olympiacos game.