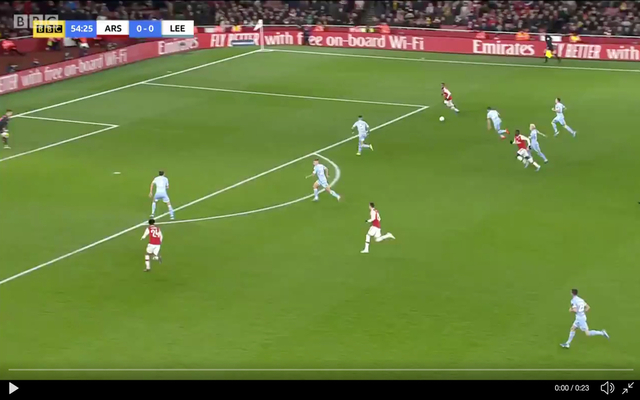 In the 54th minute of this evening’s FA Cup Third Round tie between Arsenal and Leeds, club-record Gunners signing Nicolas Pepe charged forward from the halfway line.

The Ivorian skipped towards the box before slipping in Alexandre Lacazette on the right with a brilliant pass, the Frenchman attempted to play the ball straight back into Pepe.

Leeds United midfielder Kalvin Phillips blocked Lacazette’s low cross and the ball spilled into Reiss Nelson’s path, the ace saw his effort pushed into the back of the net by Leeds’ goalkeeper.

Take a look at the ace’s opener for the Gunners below, courtesy of the BBC and Eurosport:

Reiss Nelson gives Arsenal the lead. Leeds will be thinking about all the chances they have missed.

Nelson was certainly fortunate to see his effort end up in the back of the net, but this is just the stroke of luck that we’ve needed to get a grip on the game. 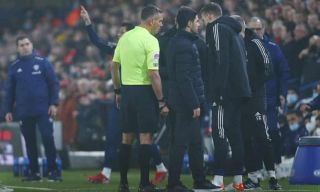 Gabriel Martinelli proves once again he is destined for greatness
19 December 2021, 11:01