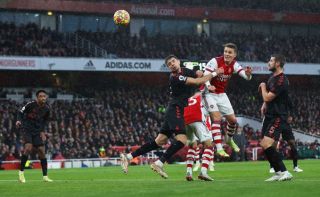 It is goals in football that count, not possession or control of the game but goals and Arsenal have proven that without any doubts against Southampton this afternoon at the Emirates.

First, Alexandre Lacazette scored against the run of play to give the Gunners an undeserved lead and then before the Saints could come up for air, Martin Odehard doubled Arsenal’s lead.

Mikel Arteta will be breathing a sigh of relief right now, you can be certain of that.

Arsenal in control as Odegaard doubles their lead.

Would Arsenal fans have preferred to get James Maddison over Odegaard last summer?
30 December 2021, 13:57