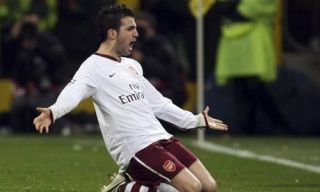 I have seen Arsenal play some majestic football over the years, but there are some fantastic European nights that will always be remembered as something special. In 2007/08, Arsenal had the misfortune to be drawn against the reigning Champions AC Milan in the last sixteen of the Champions League, and after holding the Italians to a 0-0 draw at the Emirates it looked like a foregone conclusion that we would be eliminated on the return visit to the San Siro.

No English team had ever beaten the mighty Milan there before, and as the Italians had players like Gattuso, Maldini, Kaka, Pirlo and Inzaghi on the pitch we had a daunting task. But the Gunners were suprisingly dominant all through the game, and late goals from Cesc Fabregas and Adebayor saw us come away with an unlikely victory and progression to the Quarter Finals.

It was a great night to be an Arsenal fan….

Here were the line-ups at the kick-off: