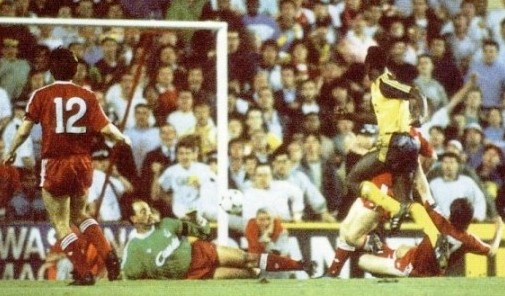 Now this really was the most amazing season finale in history, with Arsenal needing to beat Liverpool at Anfield by two clear goals to win the title on goal difference, Very few people thought we could do it with Liverpool being reigning Champions by 9 points the season before, and having clawed back an 11 point deficit from January.

It was also very poignant for me personally, as I had had a 10 Pound bet (a lot of money in those days!) at the beginning of the season for Chelsea to win the Second Division and Arsenal to win the First. I had told my very ill father in Australia that if it came off I would fly to Perth to see him at Christmas.

We both watched it different sides of the world and when Mike Thomas scored in the last minute we all went crazy and I spent another small fortune on a phone call to Perth. Thanks to Thomas I got to see my father one last time before he died….

Watch this extremely special game for me as well as Arsenal…