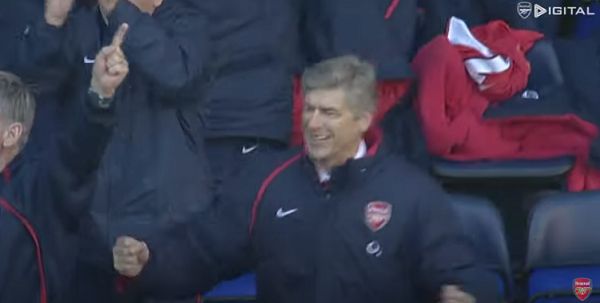 We’re going back two decades here to just one of many times when Arsene Wenger led our side out of the trenches to overcome our rivals.

We’re going back to 16th of April in the year 2000. We’re travelling to Leeds United to take on our rivals at Elland Road, knowing that a loss today could well see us drop to four points outside the Champions League places, with only six matches remaining.

The job was also looking extra daunting because this Leeds side had something special, they were first or second in the table for much of the campaign, although their recent form had taken a stumble.

We travelled north knowing our rivals had lost three matches on the spin, and a win for us would not only see us leapfrog them into the top four, but have them dreading what form they had left to try and battle us for a place in the Elite European competition.

Either way, this game was going to be huge one way or another, and thankfully we were the side who stepped up our game.

In the opening 15 minutes, our side was struggling to contain our opponents, and they should have had at least one goal for their efforts, but the tide soon turned, and not before long Thierry Henry put is in the lead.

Thankfully the rest of the game went our way also, and we went on a string of victories after this also, climbing up to second in the table, with Manchester United having been unreachable.

Leeds also recuperated after this loss and climbed above Liverpool, who had had been in second place when this match took place.

Could Arsenal’s future have been different if they lost this match? Imagine how differently things could have been if we missed out on a top-four place that year?