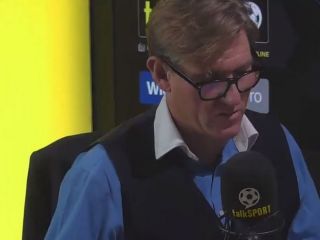 Simon Jordan has told his listeners at TalkSport that Mikel Arteta deserves the time to turn things around at Arsenal, with his team having failed to win four of their last five Premier League matches.

The Spaniard took over as manager back in December, and made a huge impact in his opening months in charge, with some claiming to see an instant improvement from the players.

Arteta went onto lead his side to FA Cup glory, beating both Manchester City and Chelsea in the latter stages, therefore earning his side entry into the Europa League, but his side have really struggled in recent weeks.

While questions are definitely being asked of the inexperienced boss at present, Jordan isn’t worried about the long-term as long as Arsenal do not make any rash decisions.

👍 "Sometimes you have to take one step back to take two forward."

✅ "The culture still needs a bit of a tweak."

⌛️ "Given enough time, this guy will have an opportunity to be a really good manager."@SJOpinion10 says #AFC must give Mikel Arteta time to turn things around. pic.twitter.com/hnE8P4HAtM

Does Arteta have what it takes to overturn our torrid form at present? How much slack will the club be able to offer him?