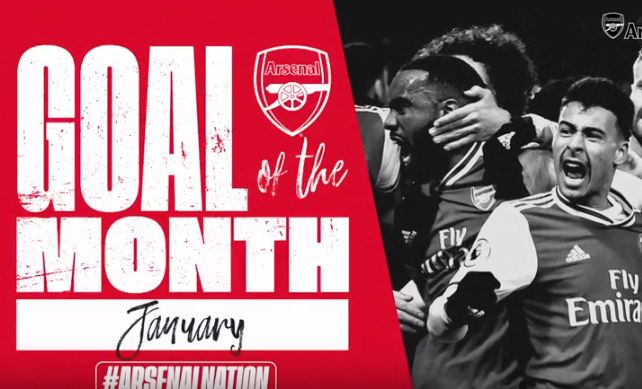 Video – Vote for the Arsenal goal of the month, there are some beauties to choose from

Take your opportunity to vote for the Arsenal January goal of the month.

Watch this video and then choose which Arsenal player deserves the goal of the month award for January. It is not just the senior men’s team that is nominated, there are the ladies and academy stars as well.

The senior men nominations are Gabriel Martinelli and Hector Bellerin’s goals against Chelsea and Bukayo Saka’s effort at Bournemouth.

Finally, we have three from the academy, Matthew Dennis, Matthew Smith and Folarin Balogun.

Watch the video, make your choice and then pop over here and make your vote. Simples.