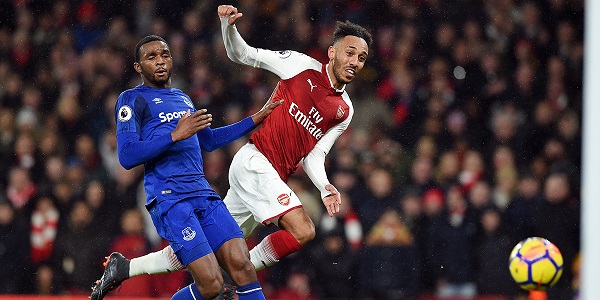 Arsenal takes a 13th-minute lead thanks to a bullet header from Pierre-Emerick Aubameyang.

Arsenal started off aggressively, they were on the front foot from the minute the game kicked off and were rewarded in the 13th minute thanks to a brilliant headed goal from Pierre-Emerick Aubameyang.

Calum Chambers gets the assist thanks to a flick-on from a Mesut Ozil corner and it was no less than what was deserved.

Enjoy this beautifully taken goal by one of the best strikers in the world.