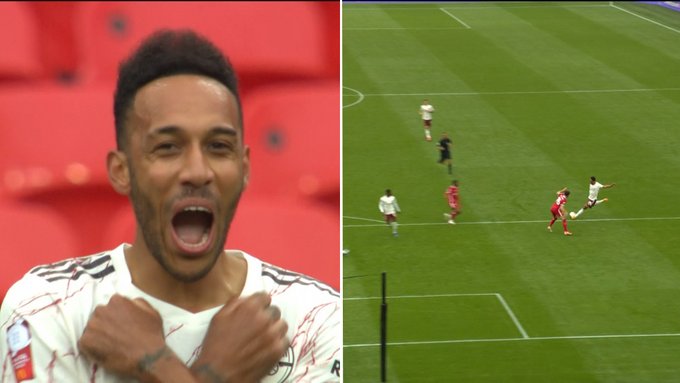 It did not take long, just 12 minutes in fact for Pierre-Emerick Aubameyang to get on the score sheet for Arsenal in the Community Shield at Wembley.

It was a great finish from the Auba and his record at Wembley is just phenomenal. That is his fifth goal in his last three appearances at the home of English football.

Liverpool thought they had gone ahead just a couple of minutes beforehand through Virgil van Dijk but it was correctly ruled offside.

There is still a long way to go in this game but the sharpness being shown by Aubameyang means it would be foolish to rule out any more goals from the Gabon international.

Another superb goal on #CommunityShield day!