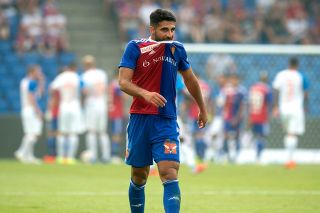 Arsenal are being linked with a move for defender Eray Cömert lately, but who is he?

The 22 year-old has been plying his trade in Switzerland for Basel, the city he was born in, having joined the club at the early age of 11 and earning his way up their ranks.

The centre-back was born from Turkish descent, and is supposedly on the radar of Galatasaray of late, while Arsenal have been linked for some time also.

As you will see below, Cömert has an amazing vision for a pass, and a pinpoint long-ball ability, and could well be the perfect replacement for David Luiz.

How serious our club is about the prospect of signing the youngster may well depend on how many defenders we are able to offload, with William Saliba set to return from his loan with St Etienne in the coming months.

Should we move for the defender while his fee is still believed to be rather low? Could we strike a similar deal to that of Saliba’s that could see him stay with Basel for the coming campaign?