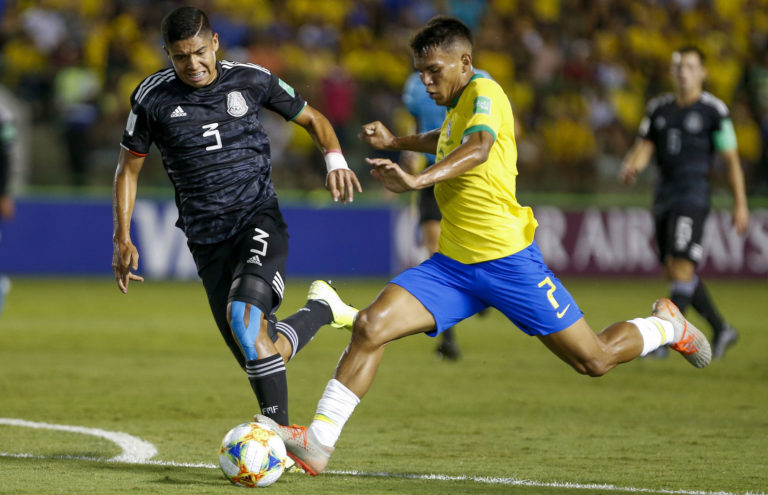 Arsenal are being linked with a move to sign Gabriel Veron from Brazilian side Palmeiras this summer, but who is he?

Everton are claimed to have had a bid rejected for the 17 year-old already, with the youngster having broken into his team’s senior side of late, but it is interest from both Arsenal and La Liga giants Barcelona which could potentially bump his pricetag up.

The young attacker has four goals at Under-17 international level, but it’s his bright start in his club’s senior side which has made a rather big impression, with two goals in his opening three appearances, despite not starting a game yet.

His side are already claimed to have turned down a £13.2 Million offer for the winger’s signature from the Merseyside club, but could the Gunners persuade Palmeiras to part with their exciting talent this summer? Will the likes of Gabriel Martinelli and David Luiz help lure their international counterpart to choose Arsenal?