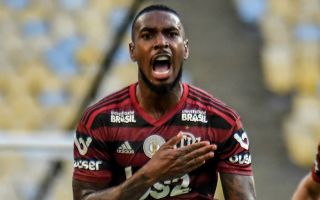 Arsenal are being linked with a move to sign Gerson this summer, but who is he?

The 23 year-old is currently plying his trade in Brazil for Flamengo, Pablo Mari’s current club, as a midfielder, and is being targeted for a return to Europe with us and Tottenham both believed to be keen.

Gerson started his career with rival Brazilian side Fluminense, emerging through the youth side into the first team before being snapped up by Roma.

His time in Europe wasn’t the dream that had been expected however, as he struggled to earn a regular role in the side, and returned to his homeland with Flamengo three years later.

Check out some of his best bits from this season, and let us know if you think he could play a role in our side next season.

Would Gerson be a good alternative to Ceballos?