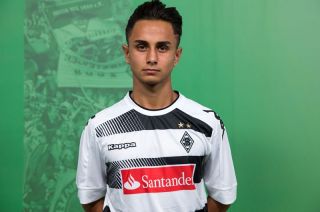 Arsenal are being linked with a move to sign Kaan Kurt this summer, but who is he?

The 18 year-old is currently plying his trade in the German fourth tier with Borussia Monchengladbach’s second side, but has been attracting interest for his performances.

Kurt was last year earmarked to switch allegiances away from Turkey to Germany, the country of his birth, where he has since made two appearances for the Under-19 side. Of course his future will not be cemented unless he was to make a senior appearance, but at 18 there will be no rush.

The youngster has played predominantly at right-back this term for Monchengladbach.2, but has previously been utilised at left-back, in right-midfield or on the right-wing.

Chelsea are also believed to be monitoring his progress, and he could well be open to a switch having been overlooked by the first-team at present.

Kurt’s long-passing, vision and set-piece ability look to be his main assets, and he could well be one to watch moving forward.

Could Kurt be one for the future? Could he be ready to come in as back-up to Bellerin next season?