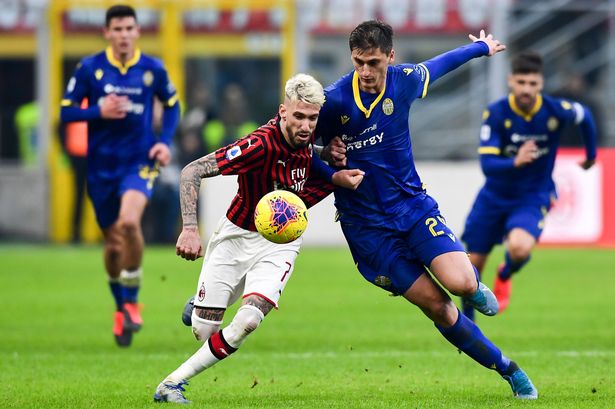 Arsenal have been linked with a move for Marash Kumbulla in the coming window, but who is he?

The 20 year-old is currently playing a first-team role for Verona in Serie A, in his breakthrough season with the club, and is impressing at present.

The centre-back is clearly doing something right, as Inter Milan and Everton are also believed to be interested in his signature, and you will see below just why teams will be keen to keep tabs on him going forward.

Kumbulla has already made his debut for Albania’s senior side. The youngster was born in Italy, but clearly feels his allegiance to Albania having been first-generation Italian with both parents born in Albania.

As you will see below, the defender has a keen eye for a tackle, has upper-body strength and balance, and has good vision for a pass also.

Could Kumbulla be a good prospect to join Arsenal in the future? Would he be willing to join us despite limited first-team opportunities with the likes of David Luiz and William Saliba likely to command the most regular football next term?