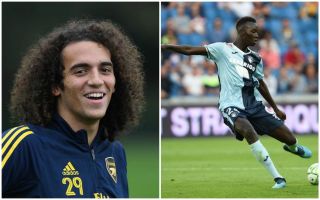 Arsenal are linked with a move to sign Le Havre midfielder Pape Gueye in the coming window, but who is he?

The 21 year-old is currently plying his trade in the French second tier, but he is not expected to remain there much longer.

The defensive midfielder has been described as a mix of Premier League superstars Paul Pogba and N’Golo Kante, and is expected to make the move to a bigger club in the coming window.

Gueye joined his current club at the age of 13, and worked his way up into the senior side, where he has since nailed down a regular first-team role.

The holding midfielder has also featured for France at Under-18 and Under-19 levels, and could well be challenging the likes of Kante and Pogba for a first-team role in years to come.

Does Gueye look ready for the jump to Arsenal? Could he form a long-term partnership alongside Matteo Guendouzi in the centre of the Gunners’ midfield?